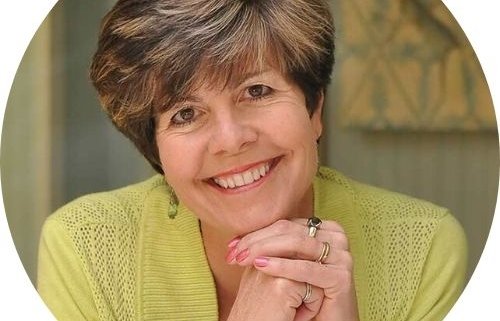 Yesterday afternoon I was on Suzanne Giesemann’s radio program- Messages of Hope. I’ve known Suzanne for almost three years. Our paths have crossed at three conferences, including where I first met her at one of her workshops. Shayna drops in on Suzanne and gives her messages for us from time to time. Suzanne has featured Shayna in one of her presentations over the last couple of years.

Whenever we talk to Suzanne, Shayna makes her presence known. Before we started the interview Suzanne asked me if anyone in our family had been having an issue with a tooth. She said she saw someone flossing. I hadn’t been to the dentist for several years. We recently got dental insurance again. So, I went to the dentist a few weeks ago. I had a filling that needed to be replaced. Two weeks ago, to the day, I had that work done.

Suzanne said she saw Ty wrapping herself up in something, throwing it around her shoulders. Ty loves shawls/scarves/blankets. She has several “scarves” that are really more like blankets. I told Suzanne this makes sense. It’s cold in our house in December. Ty is always under a blanket. Suzanne asked me if she had gotten a new shawl recently. I didn’t know. I told her I would check into it. Ty received a new shawl in the mail yesterday, unbeknownst to me.

Suzanne asked if I had received a sign with a rainbow lately because Shayna was showing her me and Shayna together with a rainbow. I have received many rainbow signs from Shayna. So, this made sense. Last night when I took Stevie out for the last time of the night, as I was saying good night to Shayna, I looked up and saw this. It didn’t photograph very well on my phone. There is a distinct ring completely around the full moon. 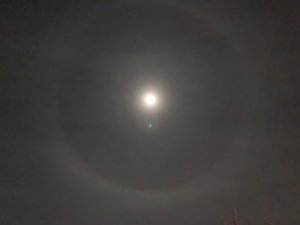 Here is the episode:

Want to join the discussion?
Feel free to contribute!

We use cookies and other similar technologies to improve your browsing experience and the functionality of our site. By clicking "OK", you consent to the storing on your device of all the technologies described in our Cookie Policy. Your current cookie settings can be changed at any time by clicking "Cookie Preferences". We also urge you to read our Privacy Policy and Terms of Use to better understand how we maintain our site, and how we may collect and use visitor data.

We may request cookies to be set on your device. We use cookies to let us know when you visit our websites, how you interact with us, to enrich your user experience, and to customize your relationship with our website.

Click on the different category headings to find out more. You can also change some of your preferences. Note that blocking some types of cookies may impact your experience on our websites and the services we are able to offer.

These cookies are strictly necessary to provide you with services available through our website and to use some of its features.

Because these cookies are strictly necessary to deliver the website, refuseing them will have impact how our site functions. You always can block or delete cookies by changing your browser settings and force blocking all cookies on this website. But this will always prompt you to accept/refuse cookies when revisiting our site.

We fully respect if you want to refuse cookies but to avoid asking you again and again kindly allow us to store a cookie for that. You are free to opt out any time or opt in for other cookies to get a better experience. If you refuse cookies we will remove all set cookies in our domain.

We provide you with a list of stored cookies on your computer in our domain so you can check what we stored. Due to security reasons we are not able to show or modify cookies from other domains. You can check these in your browser security settings.

These cookies collect information that is used either in aggregate form to help us understand how our website is being used or how effective our marketing campaigns are, or to help us customize our website and application for you in order to enhance your experience.

If you do not want that we track your visit to our site you can disable tracking in your browser here:

We also use different external services like Google Webfonts, Google Maps, and external Video providers. Since these providers may collect personal data like your IP address we allow you to block them here. Please be aware that this might heavily reduce the functionality and appearance of our site. Changes will take effect once you reload the page.

The following cookies are also needed - You can choose if you want to allow them: